HOW DO I KNOW IF A LUXURY JEWEL IS AUTHENTIC AND IF I HAVE PURCHASED IT AT A GOOD PRICE?

Some of our customers wonder how they can know if a jewel is good or not without having to go to a specialist like us to analyze the respective articles and assuming that many of our tools and knowledge are not available to individuals, we will give you some small tips to be able to guide you minimally, as well as to know if we are buying and selling at a good price or on the contrary they intend to sell us something expensive.

When referring to “Luxury Jewels” we will be indicating exclusively Gold and Platinum that, given their similarity, we could classify as the most valued precious metals in the world and that are mostly used to manufacture them. Regarding Silver, we will comment on it in later articles that certainly deserves a good writing, but without more detours, these would be the points to follow for the analysis of Gold and Platinum;

So far this is the maximum that a private individual can analyze their jewels... The rest of the analysis would be carried out with acids in different solutions, which are not usually available to the public, so this knowledge is the only one that we could offer, we hope it helps you.

Having said all this, how to know if it has been bought at a good price... This point will be difficult to answer, but we have seen a certain pattern that we recommend to take into account and is the following... In 100% of the cases we have seen of customers that have bought in large stores that spend a lot on marketing and advertising whose names we can’t mention, but if names come to mind they are probably those... They sell "Very Expensive", since you don’t buy the jewel only... You buy the jewel and the brand... You should know that the brand is often not valued and if you had the need to sell this type of jewelry at some point, it is very likely that you will be in a position to sell badly compared to the price you have paid for them... If you want to buy jewelry at a fair price we recommend retail without a doubt and of course compare prices, but don’t think that being a great brand is better, because reality has proved to be the opposite. The deception if it can be considered as such, appears in the purchase, not in the sale.

I WANT TO PAWN WITHOUT RISK TO LOSE MY JEWELRY

WHAT HAPPENS NOW WITH THE SPANISH ECONOMY?

Can we get worse?
See more 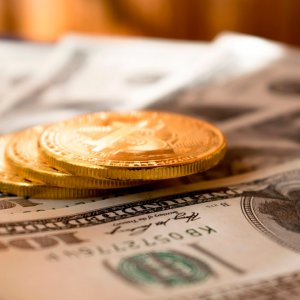 How does the Global Commercial Wars affect Gold?
See more