Before pointing out what is expected for this year, let's briefly point out what happened last year. The outbreak of the conflict between Russia and Ukraine precipitated a drastic rise in gold of 15% in just the month of February, but during the rest of the year it maintained a downward lateral trend, losing 10%, so it closed the year with an accumulated 5%. Since 2001 the average has been 10% per year, which indicates that it was not a good year for gold despite the spectacular entry it had and the explanation is quite simple. The Fed adopted highly restrictive monetary policies, raising interest rates and consequently revaluing the dollar and bonds, but significantly damaging practically all markets. Silver, on the other hand, performed better, suddenly rose 20% to drop to 25%, but ended the year with an accumulated 15%.
Now why are both metals expected to resume the uptrend?
First of all, there are no gurus and expert analysis are not decisive in predicting what will happen in the future given the multifactoriality, but taking into account the continuous rise in rates that occurred last year. Currently it is expected that the central banks ease the rate rise which would lead to an ideal context for precious metals to revalue, taking into account that there are also massive purchases of these raw materials. Inflation data is still high, but indicators show that it is subsiding, that means monetary policies are working despite the short-term consequences. As long as they don't force the machine more than necessary, perhaps a soft landing and a consolidation of the markets will be achieved.
So far in January of this year, gold has already risen 5% and silver seems to be holding steady. What do you think will happen? If you want to buy or sell at a certain price, our alert system could help you in your decision making, contact us to learn more...
A cordial greeting!

We in Crisis and Stock Exchanges in Highs
See more 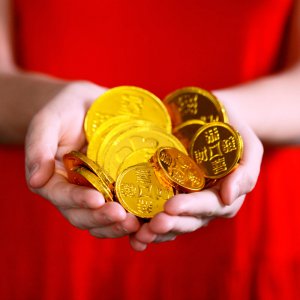 What will happen to the Gold this year?
See more

YOUR MONEY IS WORTH LESS

And it will cost less...