At the moment 2022 does not appear to be an easy year, although it has probably been difficult for quite long time. Even so, we are going to point out that a recession is beginning to be noticed after the change in central bank policies by gradually raising rates in an attempt to stop inflation, which already exceeds 10% on average, and that initially the main speech It was that it would be temporary. What happens is that since the world debt is so exorbitant, we add the factor that financing is even more expensive and the result is that the money in circulation is scarcer, which ultimately affects both companies and individuals. The raw materials of primary necessity have risen considerably, increasing the costs of the entire industry, and as if all of the above were not enough, the war between Russia and Ukraine is on the table, which does not look like it will be resolved short term, limiting free trade and forcing various companies to change their commercial relations, making an economy that is already quite damaged even more expensive. One could also add the paralysis that part of China is suffering due to the return of a large number of Covid cases, but the purpose of this article is to make clear the multifactorial nature that exists throughout the world economy, making it extremely difficult to develop predictive analysis for anyone.
Regarding gold, silver and platinum, which are the raw materials of our sector, despite the recent volatility, they present a horizontal movement at this point. They did go up quite a bit when the current war in Europe started, but they are down again at least for now. We are optimistic that it will recover its upward trend given the macroeconomic scenario, but we must be cautious.
Finally, although it is not our specialty, we will also highlight that cryptocurrencies, with more emphasis on Bitcoin, have approximately 20% negative accumulation so far this year, even surpassing the declines of the main stock market indices and consequently confirming that they don’t have a refuge value behavior, unlike the metals mentioned in the previous paragraph.
Our managers have made it clear to us to adopt a more conservative mentality until we see how everything unfolds over time and if the green light is finally given that the central banks manage to mitigate the impact of their intervention, we will mention it in future articles.
A cordial greeting!

YOUR MONEY IS WORTH LESS

And it will cost less...

WHERE DOES THE MONEY GO IN THIS CRISIS? 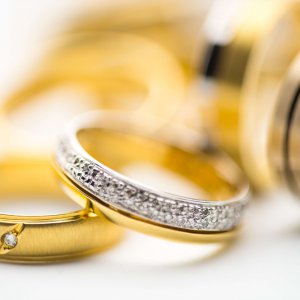 Everything you need to know to sell gold jewelry

Are you thinking about selling your no longer used gold jewelry? Do you need quickly a good amount of money for the sale of your jewelry and gold watches? Keep reading!
See more